Up to this day, hunting is still being done whether for food or a past time activity. In some countries, hunting is considered illegal, but if done for survival purposes, people cannot avoid it.

It is also the oldest form of getting food because during the earlier times, when technology wasn’t all that great, men needed to survive and they had no choice but to kill the animals around them that could become food.

Nowadays, there are also events that focus mainly on hunting and the time it is held depend solely on when the animals come out. One good example is deer hunting, they don’t get hunted all year long; there is a specific season wherein people set out to hunt them down.

If it weren’t for their intelligence and ability to produce hunting tools out of rocks, wood, and animals, people will never learn how to effectively kill animals for food. These people had minds that were built for survival which is why they were very keen on producing their own food.

Let’s take a deeper look on hunting and how it really evolved since the earlier times. You will read about the brief history of hunting, skills, gear, proper clothes, contests, and everything else you need to know about hunting.

Now to talk about the history of hunting; it is being done for a very long time and even animals hunt other animals. The first ones to involve themselves were of course humans because they needed to survive.

The oldest form of hunting, which only involved a stick as a weapon, was persistent hunting. This is done by chasing the animal until it reaches its limit and then it becomes too tired to run so it decides to stop and you can just stab it using a stick.

When the time came when people who originated from Africa arrived in several places, they learned more about hunting and applied the skills to succeed against other types of animals. They places where they hunt would depend on the conditions of the environment.

Even if they found their own ways, the basics of hunting did not really change since the Stone Age up to the Middle Age. They also hunted fish using spear which they made out of sharpened wood.

During that those times, they did two kinds of hunting. The first and oldest kind was hunting in order to survive so they killed for food. They did not really think about hunting for sport because food was such a necessity that they utilized everything they got.

Since they had the skills to hunt down animals, they killed as much as animals as they could. The way they caught birds was to apply sticky lime on the branches of bushes and then put seeds and other stuff that birds like to eat as bait. As soon as the birds land on the branch, they get stuck and the hunters threw nets over them. They used traps and snares to catch rabbits and squirrels.

The other type of hunting was doing it for sport because it gave people a lot of thrill about the dangerous pursuit. This came about during the Early Bronze Age and the ones who got involved in it were people who wanted to show their status in society.

They used horses which came from the Mediterranean so they rode the horse with a bow on their hands. They also used spears and nets depending on the size of the game they were hunting. They also used trained dogs (specifically hounds) to chase down their prey.

Some hunters have the habit of taking the head of the animal and hang it on their wall or take the fur and turn it into a carpet. It gave them a sense of being awarded when they see something that reminds them of the animal they killed.

In West Asia they it became a tradition for kings to hunt down a lion. In the Western part of Europe kings would “own” a certain part of the forest to turn it into their private hunting ground.

Popular Animals For Hunting In America

Most people hunt for food or sport, but the animals that are found in North America for hunting are categorized into 3: big game, small game, and the ones that prey on other animals called the predators. Animals with fur and certain types of birds are also being hunted down in this part of America. To name a few animals: elk, deer, pheasants, and moose for large game hunters. They involve the use of shotguns, bow and arrow, and crossbows for hunting.

What Are Big Game Animals?

Game Animals They Hunt For Food And Fur

Predators That They Hunt Down

Varmints Get Hunted Because They Are Also Pests

Some Latest Topics About Hunting In America

Of course, if you are going to hunt, you cannot wear regular clothes because you will easily be seen by the animal and they are not appropriate for hunting because you would need to stay feeling comfortable. The outdoors is not a very friendly place and the proper gear and clothes are needed. The animals will be alarmed if they see you and your chances of catching them will be very slim.

What You Need to Have for Hunting

Before setting out to catch your animal, of course you would need supplies, gadgets, hunting packs, and stuff that will make your trip to the hunting ground successful. When you embark on this kind of activity, it is not only your skills that matter, but also what you have that prepares you for hunting. Here is a list of what you must have with you so you will come home with the perfect catch.

Those who are experts in hunting hogs know that they have a very strong sense of smell and articulation because they can’t see very well. You can use corn that’s placed in a timed feeder as bait for them. Bury rebar stakes a few inches into the ground at a certain angle surrounding each leg of a tripod feeder and to secure it, use rope or strong wire. 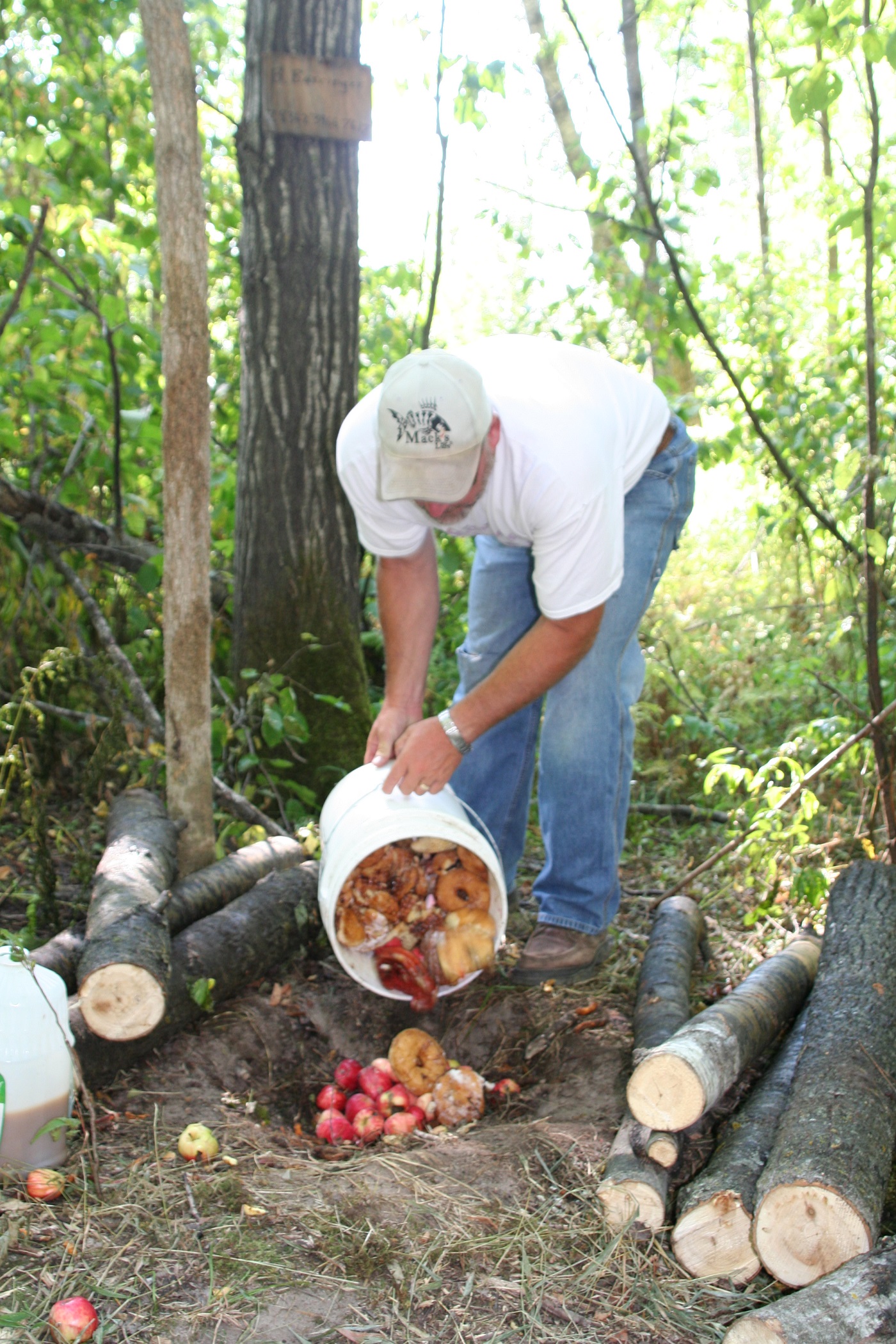 In order to lure black bears, it has been tested that oats mixed with cooking oil is the most effective. A 50-gallon drum needs to be filled with this and then make a small hole at the base so that bears can smell it and if you are allowed to do so, add scraps of meat. You can also heat up strips of bacon to attract more bears.

The best bait to use for deer is apples if you are hunting at the Northeast and acorns if you are at the South. Scattering the acorns on the ground will do the trick, but this costs a lot. You can opt for simple gravity feeders. Some hunters place PVC pipes under barrels of corn and then tie it to a tree. You need to leave enough space between the ground and the pipe so that corn kernels can come out.

Hunting Skills That You Will Not Find Anywhere Else Hunting As A Sport: The Regulations

For The Hunting Hours

If Using Dogs For Hunting

Use of Firearms and Archery Tackle

It is help in North America and you can enter the contest with a video or photo entry. They are held in 48 states. They have state, national, and guide competitions which they hold separately.

This contest is joined by fox hunters from all over America and Canada which runs for 1 week. They will also hunt for four area Fox Hunts and at the end of each day, the judge will say who will join the finals on Saturday. The finals are done before the first race starts.

When Saturday comes, the spectators are given the chance to detect field hunters and hunter who are appropriately dressed. The participants are asked to join a mock hunting activity and then those who will join the finals will negotiate with a handy hunter course found at the race course’s center to compete for the title. The judges will require the riders to show the hunting skills of their horses before the deciding for the championship.

This competition gives 4 days to the horse and rider to hunt for awards that are given throughout the week.

This is a photo entry contest that accepts entrants from North America.

Usual Questions That Are Being Asked About Hunting

What does hunt drawing refer to?

How will you be able to get a hunting permit?

When are you allowed to hunt?

Where can I hunt?

What are the best knives for hunting?

Now that you have read everything you need to know about hunting, you now have a different perspective about it. The thrill of hunting and catching the biggest game you can find is what gives people a sense of satisfaction and enjoyment.

​Months of observing a specific target and hard work usually pay of as long as you follow the proper rules, and you know how to go unnoticed. Hunting clothes, gear, and essentials are needed to help you in catching the game you’ve been eyeing for months. Make sure that you learn all of the rules, regulations, and acquire all of the permits and licenses needed for hunting. You will not be disappointed if you practice patience, determination, focus, and learn all of the skills. Remember that scopes are also important because it helps you detect a target from yards away. Just estimating from where you are standing or located is not enough and you wouldn’t want to end up injuring the animal without killing it because it will just suffer on its own.

We should thank our ancestors because without them, we will not be very knowledgeable when it comes to hunting in the wilderness. The great minds of people have just innovated what they started because they have realized that mankind needs to have more gear and tools to make a hunt more successful.

The knives, guns, and archery tackle that you will use should be appropriate for the type of game that you are targeting because it can be difficult to skin an animal using a knife that is intended for gutting. Understand these differences so that you will not end up cutting yourself if you have great difficulty getting the meat from the animal that you killed.

Hunting is not for everyone, but if you open your mind, you can learn how to track and kill the best game.

10 Things Every Hunter Should Carry

Hey there, I'm Lisa, founder and editor in chief here at Recreation Space. We found fitness through recreational activities. And we want to share it with you. We believe in empowering people with knowledge to make smarter, healthier choices in their lives.