The world of hunting air rifles is one worth exploring both for beginners and experienced hunters alike. Hunting air rifles are excellent if you want to have fun shooting cans in your backyard but also as a very successful way of exterminating vermin in your garden.

Regardless of your intentions with a hunting air rifle, there are things you should know when you are about to purchase one.

The Law about Hunting Air Rifles

First of all, you have to realize that a hunting air rifle is not a toy. Even though according to US law, air guns are not designated as firearms and are not subject to legal penalties that you would expect for a standard gunpowder rifle, there are precautions and limits you must take into consideration.

Certain states such as New Jersey and Rhode Island have stricter rules about owning and trading of air rifles, but all the states classify any offense done with an air rifle as if it was done with a firearm.

When it comes to the age restriction, you should check your local state laws, but regardless of the law, we would not recommend the usage of air rifles to unsupervised children under the age of 14.​

There are several distinct types of air rifles with the most used ones being spring-loaded, pre-charged pneumatic and CO2 run rifles. It comes down to personal preference, but different mechanisms influence the rifles behavior in various ways.

​Spring-loaded hunting air rifles are obviously spring based and require cocking that large spring each time you wish to fire it. They are the most durable models and are usually the cheapest. Be wary of the recoil the spring generates as it could affect your accuracy. Furthermore, spring-loaded rifles are slightly less powerful than their more expensive counterparts.

Pre-charged pneumatic hunting air rifles are equipped with a container of compressed air that allows you to shoot a number of pellets before you need a refill (between 50 and 250 shots). The tank basically lets you fire almost a barrage of pellets especially if your rifle has a magazine. The downside is the actual refilling of the reservoir which could be:

CO2 cassette based hunting air rifles harness the power of compressed CO2 to create some of best air rifles out there. Because of the power generated by CO2, there are even semi-automatic CO2 air rifles. There is no refill with the CO2 cartridges as you simply replace with a full one. The CO2 rifles are by far the most expensive ones and repeatedly purchasing of the cartridges can also be a hard blow for your wallet.​

Factors to Consider When Purchasing a Hunting Air Rifle​

Purchasing a hunting air rifle could prove to be a difficult task since there are so many models on the market. It is even more difficult if you are a novice since you haven’t found a type that suits you the best. Certain factors (beside the type of the rifle) are useful regardless of the price range and the model of the rifle and you will not go wrong if you take them into consideration with your first or 10th air rifle.​

Obviously, accuracy is extremely important since most of the targets you will be shooting are going to be small. Small vermin, squirrels or crows are quite perceptive of their surroundings so you’ll have to shoot them from a distance and that’s where accuracy comes heavily into play.

Accuracy itself is influenced by a lot of things including power, ammo, the length and state of the barrel and many others you cannot really influence. One thing you have a hold on is the aiming itself, so besides making yourself a better marksman try to find a rifle with an adjustable scope or buy one separately. A zeroed in scope will definitely help you to get that perfect shot in one try.

As we mentioned earlier power has a large say in accuracy but more importantly it has a huge influence in the type of game you will able to hunt with your rifle. As you probably know, smaller caliber rifles are more suited for birds and small animals whereas larger caliber rifles allow you to hunt foxes or even coyotes.

One of the most popular ways of rating an air rifle is the amount of FPS (feet per second) representing the speed of the pellet. However, FPS is easy to shape towards simple marketing by displaying the records for the lightest pellets. FPE (foot pounds of energy) is what really shows the power of a rifle and its killing force but it is an information that is difficult to come by.

Your best bet would be to focus on the caliber (usually either .177 or .22) in combination with FPS. The higher the FPS and the larger the caliber the bigger game is available for you to hunt.

Taking into consideration types and factors concerning air rifles, we have chosen to present you with our list of top 5 hunting air rifles. We were inclined to modify our list so that it fits novice hunters the most, but we are sure that experienced hunters may profit as well.

With its long-serving history, this rifle is bound to bring back beautiful memories in the minds of professional hunting veterans. Red Ryder is a singles-shot, spring-loaded gun and can be your own way into the world of hunting air rifles.

Ruger Blackhawk Combo is .177 caliber weapon that is equipped with the break barrel system. Although it might seem unusual at first, once that you get a hang of it you will see that this rifle is both precise and reasonably powerful. This rifle uses the cocking single-shot system that has to be pumped before each shot.

Gamo Big Cat 1250 is a spring-loaded rifle with .177 caliber gun with a fluted barrel. Fluted barrel means that this rifle can give your hours of hunting fun without worrying that it will overheat. It is safe to say considering the characteristics that this rifle will help a beginner feel like a pro.

Gamo Wildcat Whisper is one of the most sold air rifles worldwide because of its reliability in all weather conditions and superb overall characteristics. The rifle is actually a type gas powered weapon with replaceable cartridges manufactured by the same company. It is basically a single shot stealth air rifle perfect for hunting down small game and getting rid of garden pests. 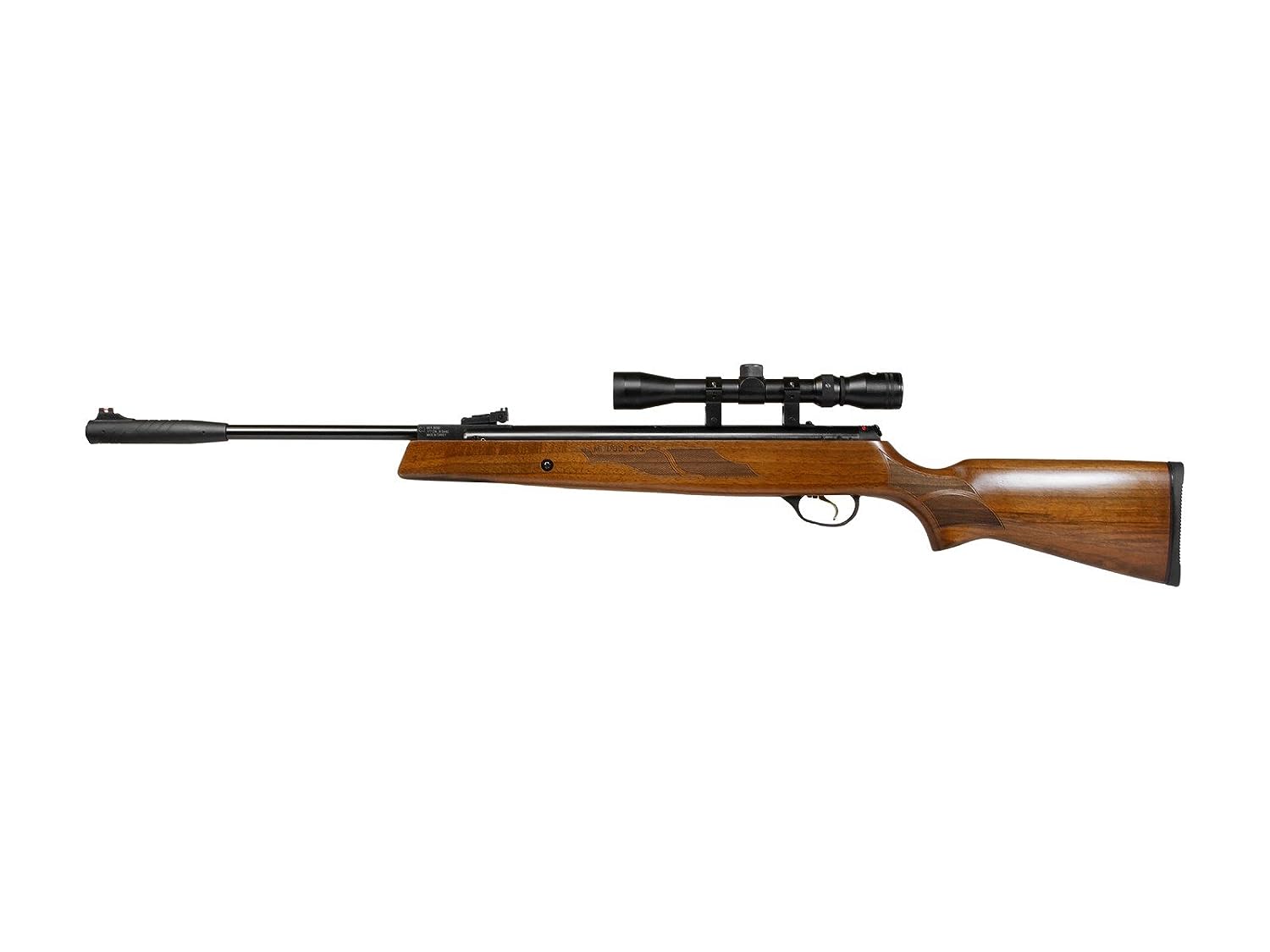 Hatsan 95 is a spring-piston air rifle made from German parts and assembled in Turkey. This rifle definitely has the best proportion between price and actual value. In combination with outstanding features, this rifle is rightfully the number one on our list for the perfect hunting air rifle especially for beginners.

There you have it folks, after the basic introduction and our list of the best hunting air rifles we could find there is no doubt that the Hatsan 95 deserves the definite first place.

With its undeniably better scope than Gamo Big Cat and accuracy that surpasses even the popular Gamo Wildcat Wisper you can see that basically we had no other options.

Hatsan 95 does exceptionally well in our power and accuracy guides for purchasing a hunting air rifle. It comes with .177, .22 and even .25 cal. and it’s up to you to choose one and know that it delivers the highest FPE in any category. The accuracy is further increased by a rifled barrel that forces the pellet to spin giving it reliability over long distances.

Take it out to your backyard or directly to the woods, test different pellets and see why the Hatsan 95 is considered to be the wonder of air rifle technology.

10 Things Every Hunter Should Carry

Hey there, I'm Lisa, founder and editor in chief here at Recreation Space. We found fitness through recreational activities. And we want to share it with you. We believe in empowering people with knowledge to make smarter, healthier choices in their lives.